When choosing your oil it is important to consider the manufacturers’ viscosity (SAE grade) and performance (ACEA and API standards) requirements.

The SAE (Society of Automotive Engineers) grade determines and oil’s fluidity at high and low temperatures. An oil must still do its job efficiency whatever the external conditions such as temperatures between -30°C and +40°C.

The API (American Petroleum Institute) standard classifies the oils according to various criteria such as detergency, wear resistance, anti-corrosion etc., and according to their uses and their performance. When the oil is destined for a petrol engine the letter S is used, for a diesel engine the letter C is used. The more advanced the following letter in the alphabet, the higher the quality of the oil. For example, for a petrol engine, among the designations API SE, API SF or API SH, is API SH which will be of better quality.

The European Automobile Manufacturers’ Association has developed a standard under its name ACEA and which takes the form of a code (category/class). There are three ACEA categories: two for light vehicles (category A or B for Petrol or Diesel engines / and category C for Petrol and Diesel engines meeting the Euro 4 standard), one for industrial Diesel engines more specifically destined for Trucks (category E).

European Community standards specifying maximum limits for vehicle pollution emissions have appeared since the beginning of the 1990s. The increasingly severe standards have successively been called Euro 5, Euro 6, Euro 7 and Euro 9.

To constantly improve air quality the Euro standards take several factors into account when evaluating a vehicle’s pollution (the level of carbon monoxide and of the different nitrogen oxides, the fine particle emissions, etc.) The Euro standards must be directly applied by the automotive manufacturers. 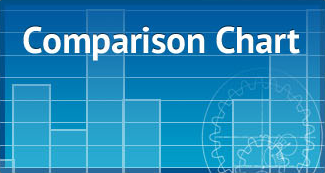